That title sounds like an oxymoron, doesn’t it? Usually, when I think of tasks that are mundane, I think “mind-numbing” or “creativity killers.” But lately, two things have made me reconsider that line of thinking. Painting my basement and Ann Hedreen’s book, Her Beautiful Brain.

I know the connection sounds random, but it isn’t. In Ann’s stunning memoir she writes generously, and heartbreakingly, about the loss of her mother. Yet, she writes about this loss by telling us the story of her mother’s life and describing the mundane (doing laundry in the basement) as well as the triumphant (earning a degree after raising eight kids). It is in those descriptions of the mundane that, for me, the larger sense of loss comes through so poignantly. Her mother does the mundane with energy and it fuels her passion to move forward. Ann finds this to be true in her own life as well.

Two of the passages that stood out to me both address that concept of magic in the mundane:”

When I was a little girl, Mom belted out “Tonight” and “I Feel Pretty” while she did the laundry, which was often. Mom had never been to New York in her life. But the songs lifted her out of our dank, laundry-filled basement and onto the fire escapes of Manhattan, where romance and hope blossomed briefly[…] There is passion waiting on the fire escape and in the back of the dress shop and on the rooftops and at the dance in the gym. If you are stuck, for now, with the laundry, or with a step stool in your living room, then let your imagination take you there.”

“There was something about all the physical work and play of solo motherhood that unlatched my creative mind. When you’re building a tower of blocks with a one-year old and knocking it down, over and over again, your mind can go places[…] Here I was spending hours per day pushing a stroller, mixing playdough, finger painting, side-walk chalking, reading picture books, turning dish towels into capes and scarves into princess costumes—and sure, part of me missed ripping new stories off the AP teletype but another part of my brain was stirring and stretching and coming out of hibernation.”

I’m also no stranger to laundry and block building, and Ann’s words spoke straight to my heart. Sometimes, when I do the mundane task I don’t want to do, I suddenly have the transcendent idea I’ve been craving. Sometimes, sitting at a really great desk, and having a lot of time to think and ponder just makes me go blank. Has that ever happened to you? Is there something to this?

This past week, I have spent a lot of time in my own basement, painting the laundry room (as well as a few other rooms.) I wanted to delegate this task, but the painter who did the upstairs couldn’t do it, and all the other quotes would have landed us in credit debt all over again. After dragging my heels, I realized I had to roll up my sleeves and do it myself if I wanted it to happen. My lovely husband got into the trenches with me, but I still spent a lot of time down there all on my own. And, surprisingly, I’ve had some of my best ideas come to me this week.

Perhaps it was the paint fumes, or the inspiring podcasts I listened to while painting, but I think it might also be the magic in the mundane.

I hope this week brings you a little magic, too.

Why We Hold on to Clothes We Don’t Wear 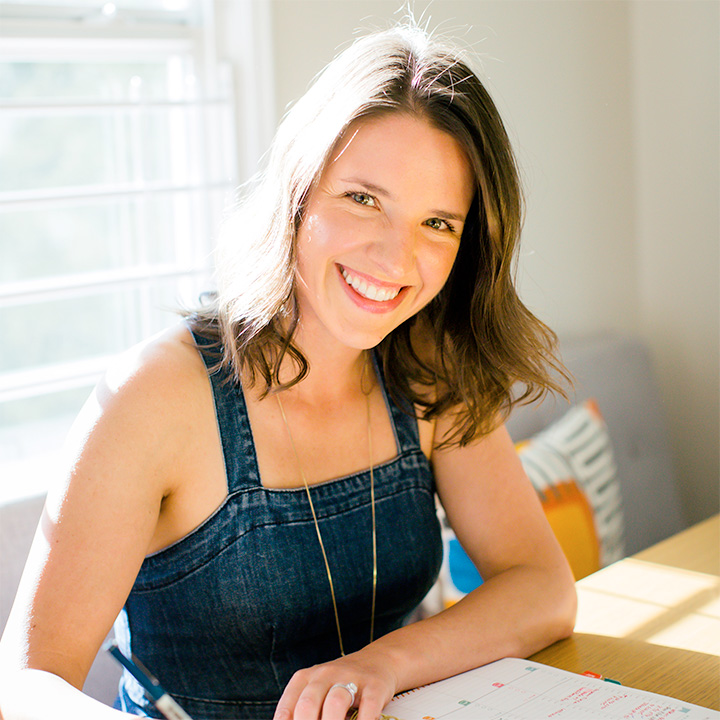 Welcome! I'm Lauren, and you can usually find me working on a project in my 1940's Cape Cottage or cuddling my two boys. I wasn't always organized, but when I became a mom I soon discovered that it was key to making time + space for what I love: writing projects, reading for pleasure, and quality time with my family. Decluttering and organizing are still my go to activities when I feel stuck and need to redefine my purpose. I also coach clients on the organizational skills they want to develop in order to achieve their goals. This blog is full of my latest organizing and decluttering discoveries, stories from my work with clients, process guides to make it all easier, and resources to help you carve out more time + space for what you love, too! 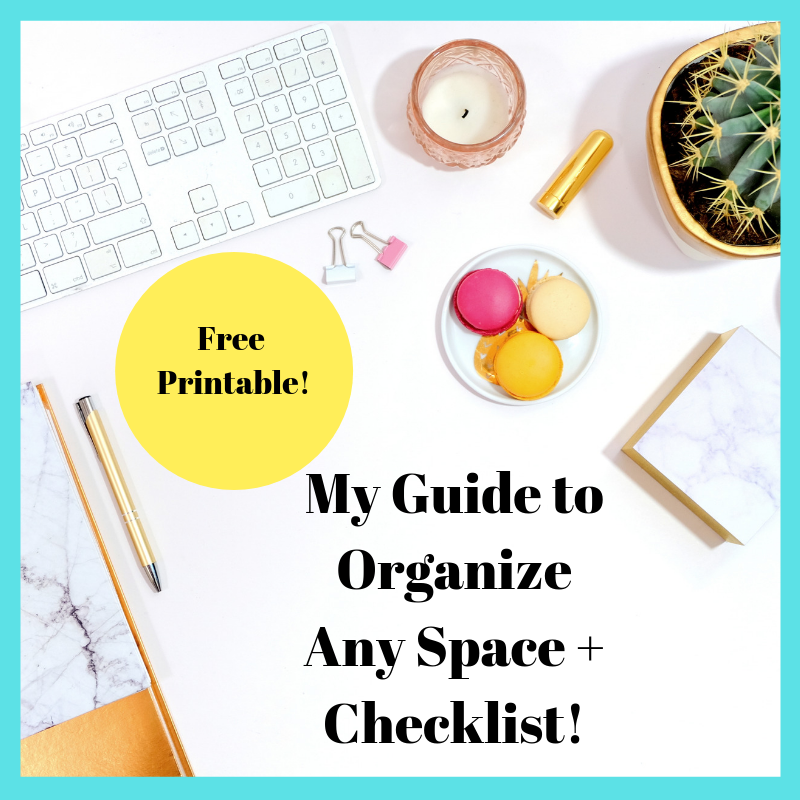 “Lauren helped us eliminate our external business office and merge it with our home office, which saves us commute time and thousands of dollars each month in overhead costs. My wife and I both use the space for different purposes, and Lauren helped us navigate those needs and come up with a thoughtful organization that works for both of us. We are very happy with our office!”— Bryan and Mary H., Hawthorne Hills

“My office used to be a catch all space for stuff. Now it’s a place where I can focus my work. Our paperwork of the last few years is now neatly filed and easy to find. Lauren came with a plan, executed it and pushed us to make some changes in a few hours that could have taken us months to decide. We finally got rid of some items that were taking up space but never used. We love the transformation!” –Atma and Teresa S., Bryant

“Lauren was so helpful with organizing my hallway drop zone/ mud area, this area has been bugging me for way too long. In little over an hour, Lauren gave me ideas I hadn’t thought of and she also gave me some great ideas for organizing my bathroom as well. Now things have a home and the space doesn’t look like an unorganized drop zone, we even used bins and jars I already had. I highly recommend Lauren’s organizing services.” — Hannah E., Roosevelt

“I had organized my art room many times, but I didn’t have a system to keep it organized. Lauren helped me rethink, define, purge and set up a manageable system according to my values and needs. She asked great questions and got to the essence of what I wanted.  She helped me repurpose existing furniture to create space, a sense of calm, and increase productivity.  I appreciated her ability to think outside the box, keep me encouraged and on task.  The end result is freedom from clutter, unwanted things, and a space that reflects my individuality!”— Diane S., Ballard

Lauren is wonderful to work with. She gently addresses the client’s needs with ease and professionalism. I would highly recommend her to any of my clients whether they need a little or a lot of organization in their lives! –Meredith Helmick, of Meredith Helmick Interiors, Montlake

“After I built my Adu, I decided to rent out my house, and move into the ADU instead. Lauren helped me work with a smaller kitchen and organize it so I actually cook! I also love the little toolbox she organized which replaces the need for an entire cabinet for all the leftover construction items.”— Kim F., Bryant